Shakespeare as a sci-fi rock musical: ‘Return to the Forbidden Planet’ overflows with fun – LA Times 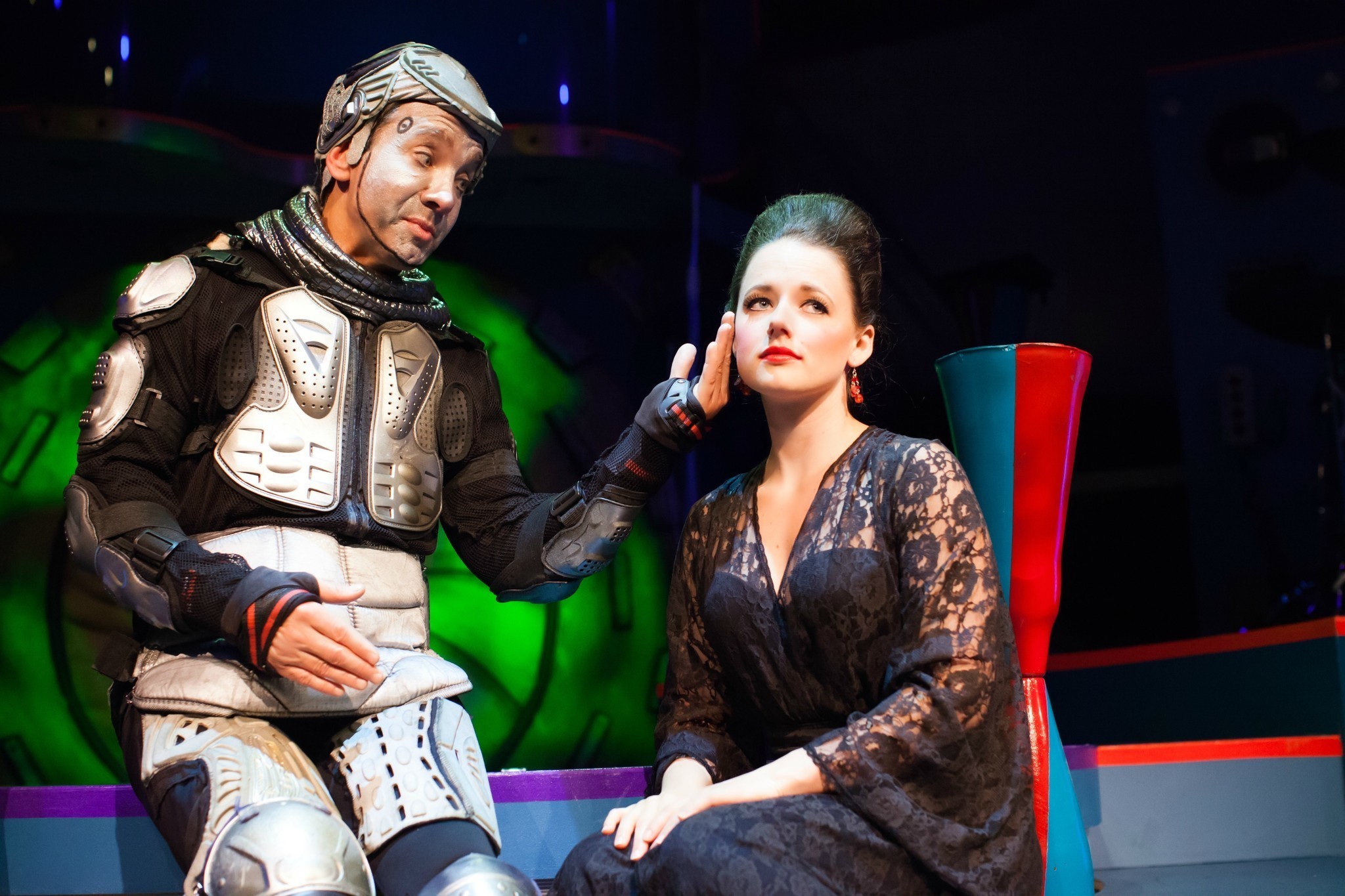 Can a sci-fi-themed, classic rock musical stand measure to measure with Shakespeare? “Return to the Forbidden Planet” at the Rubicon Theatre in Ventura seeks to boldly go where no outer space retelling of “The Tempest” has gone before, and it even has the rhyming pentameter to prove it.

Blasting off to the spirited live band’s pulsating, guitar-twangy strains of “Wipe Out,” this zero-gravitas parody is a rockin’ homage to the extraterrestrial tropes embodied in the 1956 classic movie “Forbidden Planet.” (The film was, in turn, loosely adapted from Shakespeare’s play.)

After a meteor storm diverts a rocket ship to planet D’Illyria, the crew encounters the exiled mad scientist Prospero (James O’Neil), whose mind-over-matter formula unleashes a green-tentacled monster from his own id. (That prompts him to croon, “I’m just a soul whose intentions are good — Oh Lord, please don’t let me be misunderstood.”)

Creator Bob Carlton’s selection of more than 20 hormone-infused golden oldies from the 1950s and ’60s shrewdly amplifies the coming-of-age plotline involving Prospero’s blossoming daughter, Miranda (Kimberly Hessler). Quickly making up for the absence of men in her life by turning the heads of the entire crew with her entrance to “Good Vibrations,” Miranda and her suitors (Harley Jay and Caleb Horst) tunefully explore their emotional roller coasters in “A Teenager in Love,” “Young Girl,” “She’s Not There,” “Tell Her” and other hits.

10 Nov This entry was published on November 10, 2016 at 9:08 am. It’s filed under Article and tagged Shakespeare in the Park festivals, The Tempest, William Shakespeare. Bookmark the permalink. Follow any comments here with the RSS feed for this post.